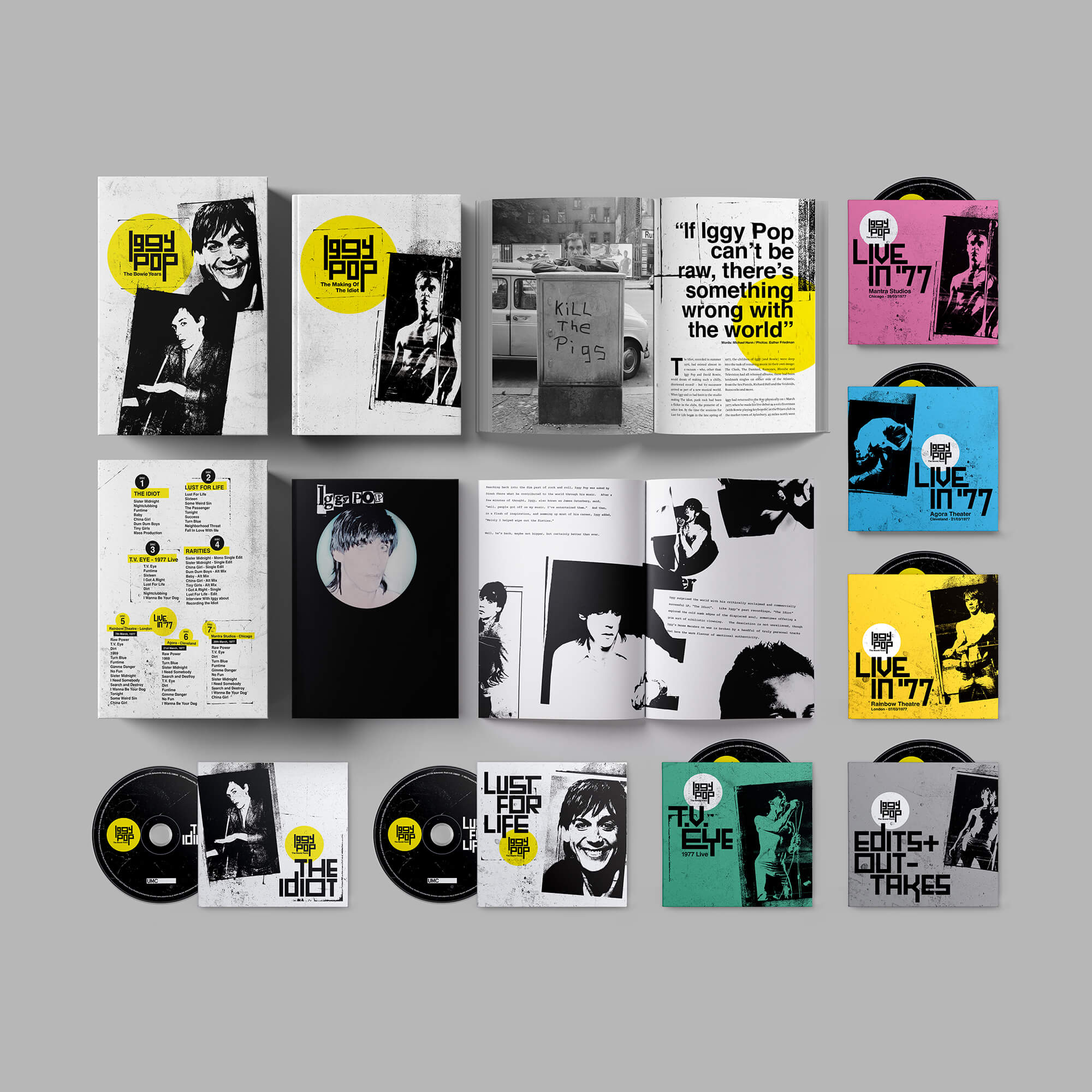 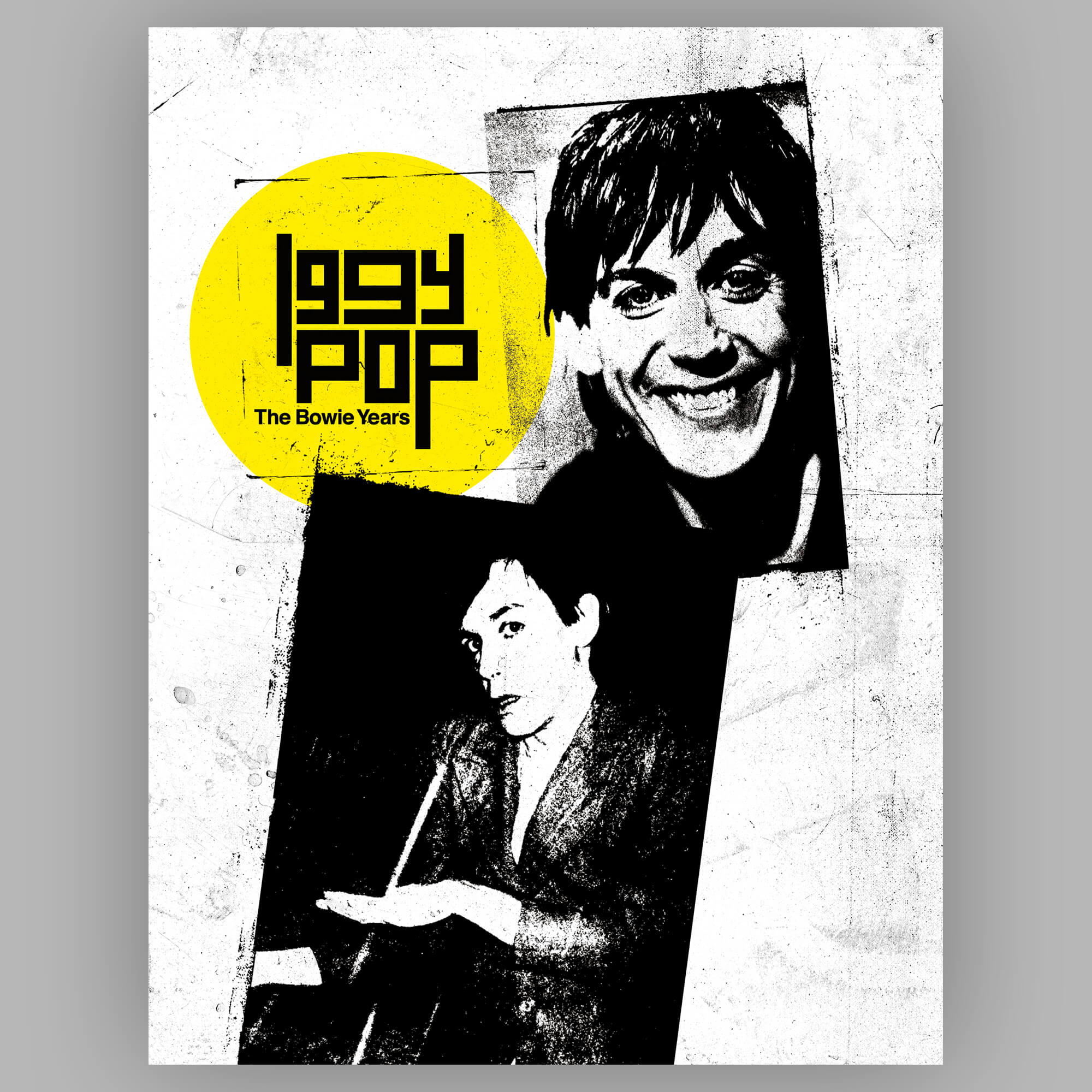 1977 the story of Iggy Pop and David Bowies Collaboration on two of the most iconic albums of the decade is told in a new seven CD box set which features the albums remastered, a disc of out takes and Three discs of live recordings officially released (with the endorsement of Iggy Pop) for the first time.

In 1977, Iggy Pop signed with RCA Records and with the help of David Bowie the two of them wrote and produced The Idiot and Lust for Life, Iggy Pop’s two most acclaimed albums as a solo artist, the latter featuring one of Pop’s best-known songs “The Passenger”.

Among the songs David Bowie and Iggy Pop wrote together were “China Girl”, “Tonight”, and “Sister Midnight”, all of which David Bowie performed on his own albums later on (the last being recorded with different lyrics as “Red Money” on the album Lodger). David Bowie also played keyboards on Pop’s live performances, some of which are featured on the album TV Eye Live in 1978.

This set has been mastered from the best possible sources, and contains a 40-page booklet written by the Guardians Michael Hahn with contributions from the musicians who played on the records and fans who talk about the influence the albums had on them.

DISC ONE (The Idiot)

Orders are delivered via DHL package or Warenpost.

Until further notice we do not accept orders for deliveries to: Russia, Belarus, Ukraine.

Please note: additional costs of 5,60 € will apply when ordering via cash on delivery.

There shall be a minimum order value of EUR 2,00.

The costs for the delivery outside the EU including any possible customs duties are to be borne by the customer.

Your order will be sent out as soon as all items are on stock. Items marked as “Available for immediate delivery” usually will be sent out within 24 hours. In order to wait for potentially missing stock, your order can be on hold for up to 4 weeks until all products are available. After those 4 weeks all available items will be sent out. Products not included need to be re-ordered.

Please pay attention to the condition of your delivery on its arrival. It can be opened while witnessed by the postman. Don’t accept any damaged or pre-opened packages – otherwise you accept the receipt of the undamaged delivery in silence (if in doubt, note the name of the postman or employee of shipping).